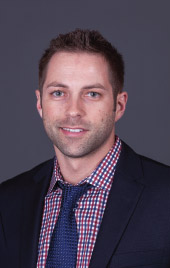 Dr. Jordan Cooper is from Jacksonville, AR. His father is Dr. James Cooper, a Jonesboro, AR native and practicing dentist of 39 years and his mother, Tracy Cooper, is a dental hygienist from Little Rock. Dr. Cooper graduated high school from Central Arkansas Christian, after which he entered at the University of Arkansas as a Chancellor’s Scholar in 1998.

He has successfully opened and sold 7 Dental Practices.

Dr. Cooper was a member of the Board of Directors of the Jacksonville Chamber of Commerce from 2008 to 2011. He has recently graduated from a prestigious program with the Arkansas State Chamber of Commerce called Leadership Arkansas, designed for future state business leaders. He is published in The Progressive Dentist Magazine and functions as the Arkansas State Lead for the DHI Head Start Program. He is active in his church and various mission organizations, with experience providing dentistry and health care to several countries in Central America. He has led a dental group to Honduras summers of 2013 and 2014.  Most recently, he was appointed an adjunct faculty member at UAMS Center for Dental Education.

In the summer of 2015, Dr. Jordan Cooper released his first book, Chasing the Blue Marlin; a motivational book that discusses goal setting, entrepreneurship and pursuing your life’s passion. It is an Amazon International Best-Seller and is being released in a paperback version.